Speech and Language Milestones For Children 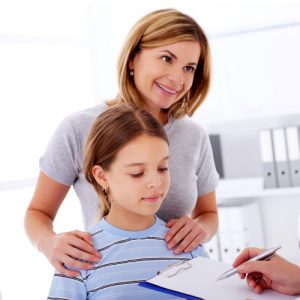 When comparing your child to his or her siblings or friends, remember that there is a wide range of what is considered normal speech language development. However, if your child has not reached all of the milestones within his category before moving to the next level you should contact a speech language pathologist for guidance.

0-3 months
In the first month, vocalization is limited to crying to signal hunger and discomfort. In the next two months, babies may begin to laugh and make sounds in the back of their throats that sound like “goo”. They recognize voices and are able to distinguish between happy and angry tones.

4-6 months
In the 4-6 month range, babies begin to use vocal play as they gain more control over their oral structures. They put vowels and consonants together and make true speech sounds. They also start to make non-speech sounds such as raspberries, yelling, and growling. They should also vocalize and practice their sounds when playing alone.

6-11 months
Babbling should begin in this range. Reduplicated babbling is the repetition of a syllable several times, such as “ba ba ba ba”. Babies are now able to make several in one breath and will attempt to imitate adult sounds. Babbling is a baby’s way of practicing sounds and oral motor skills that are required during actual speech. Babies who are not babbling should have a speech-language evaluation, as children with speech disorders have been found not to babble as babies.

12-18 months
During this period, first words should emerge along with long strings of different syllable combinations, known as jargon. Jargon can sound like baby is using her own language, and may contain words and adult-like speech patterns. Consonants produced most often at this stage are b, m, d, and n.

18-36 months
This is when children should be learning words rapidly. Their speech may consist of developmental errors in which they are simplifying words that are difficult to say by substituting easier sounds or omitting a sound altogether. Children should be using most of these sounds: b, m, p, n, t, d, k, g, f, ng, and s. Their ability to speak clearly should improve daily as they figure out how to use sound combinations. Distortions of sounds are not typical and children with “different” sound productions should be evaluated. For example, if a child appears to be “snorting” sounds, or if sound quality is overly slushy or hoarse, these are red flags of a possible speech disorder. By the age of three your child should be easily understood by most listeners including strangers.

3-4 years
By the age of 4, children should be using more difficult sounds such as l, r, sh, ch, y, v, z, dg, and th. Some children will have more difficulty learning these sounds than others, so their overall intelligibility should determine whether a speech-language evaluation is warranted. If a child is frustrated or unable to communicate with a variety of people (extended family, peers, teachers) there may be a delay or disorder.