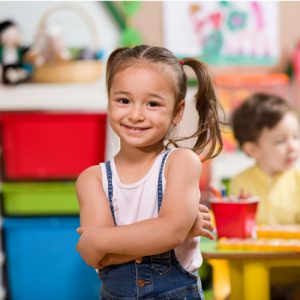 Language disorders affect between six and eight million people in the United States. As J. Boyer from the Center for Advancement of Teaching and Learning says, “Language is the means by which all other subjects are pursued.”

I recently came across that quote and feel it really sums up the importance of language. It helps us realize how language disorders can impact so many areas of one’s life and if left untreated can be devastating.

Often these children perform “acceptably” through kindergarten and even through 1st grade.

By acceptably I mean that they squeak by even though their teachers and parents are starting to get a feeling something is not right. More often than not these children have begun to show signs that learning is not coming easily for them.

When this happens their self esteem often begins to suffer as these children are starting to wonder why they cannot keep up with their peers. This becomes more apparent once they get past the early stages of learning. With each new stage learning becomes even more challenging for a child with a language disorder.

How to Identify a Language Disorder
Now that the school year is in full swing it is so important to recognize the signs of a possible language disorder. That is because language disorders can have a profound impact on a child’s education. And like all other communication disorders, early treatment is key to a child’s success.

So how do you know if your child is having language difficulties? They can be easy to miss since children with language disorders can seem perfectly normal to an outside observer. Let’s look at how these disorders impact them in school.

First and foremost the child will likely struggle to learn to read and write. A language disorder will also negatively affect a child’s ability to learn math. This happens early on because math is filled with language based concepts. Eventually learning the general curriculum of the classroom becomes difficult because all curriculums are language based.

Having a language disorder has been described as what it would feel like to be sitting in a room where the instruction is given in a foreign language.

Parents often report that the child’s teacher will tell them that it is taking their child longer and longer to complete assignments and that he is falling behind.

We often hear that a child is disorganized and confused about what he should be doing at a given time. This same child may have difficulty with social skills and may feel alienated. His behavior may also deteriorate as an avoidance strategy.

Unfortunately labels are often given and a child could get a “bad reputation” with teachers and other children.

I have actually witnessed firsthand a regular education teacher “bad mouthing” a child who appeared from her story to have a language disorder. She was going on and on about his bad behavior and his refusal to do the work he needed to do.

So while these uninformed teachers are likely the minority it is best if us as parents know the signs and advocate for our children.

An Easy Mistake to Make
Government programs such as CPSE  and CSE cannot provide services to every child. Those programs have to make decisions about who needs it the most. This is done through guidelines. If a child hits a certain number they get services. If they miss it they do not.

When a parent hears the news that their child did not qualify, they often make the mistake of breathing a sigh of relief and feeling a false sense of security.

While some children really do not need language therapy, many do. They just did not have the numbers to qualify for the government services. The difference between needing and qualifying can be significant. This becomes more apparent as children get older because the gap will get bigger and they will fall further and further behind their peers. So as I always say, “wait and see” is not a recommended strategy.

I have worked with many children over the years whose parents struggle with language and learning problems themselves. They tell me firsthand how it continues to impact just about every area of their lives.

They do report however, which is the good news, that with lots of help and strategies they were able to find their way.